It’s been awhile since my last blog!  I and several of my colleagues have been traveling this Fall spreading the word about what we’re doing at the IFR.  This is really important because if we don’t share the knowledge we gain as we conduct our research how will it ever be taken up in the clinical environment or by the community.

The Tetrahand World Congress was a three-day meeting in Nottwil Switzerland in late August.  The conference theme was ‘Adding Quality to Life’ and the overarching focus is on surgical and non-surgical interventions targeting upper extremity function for people living with cervical spinal cord injury (SCI).   The IFR’s Director of Clinical Trials and Research, Anne Bryden, gave a talk entitled “Early and Comprehensive Assessment of the Upper Limb in Tetraplegia: A Three-tiered Approach to Characterizing Paralysis”, during which she discussed the importance of examining lower motor neuron integrity of the arm muscles in people living with cervical SCI.  This is because after injury there are some muscles that are partially paralyzed and respond weakly to electrical stimulation, some that are completely paralyzed and respond strongly to stimulation, some that are completely paralyzed and do not respond at all to stimulation.  It is important to characterize how the muscles respond because the results can guide treatment options that are conservative, surgical, or involve more advanced technological interventions. 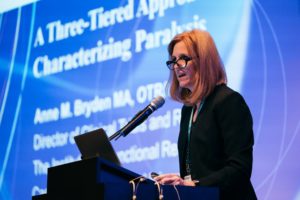 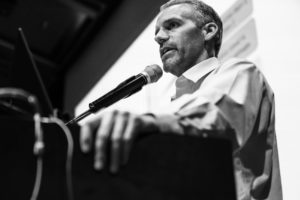 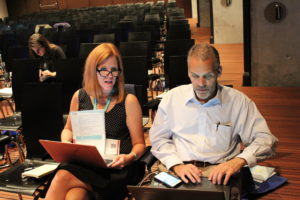 In a keynote lecture, our hand surgeon Harry Hoyan spoke about the progression of implanted FES technology for arm, hand, and trunk function.  The first implantable neuroprosthesis targeting hand grasp in individuals with tetraplegia, the Freehand system, was approved by the FDA in 1997.  The system required external components, and featured a limited number of stimulations channels enabling only two grasp patterns.  The control method for user operation required movement of the opposite shoulder to control grasp as well as lock and unlock grasp patterns.  To address the need for improvement, a second and now third generation systems have been created.  The second generation system, Implanted Stimulator-Telemeter (IST-12), increased the number of stimulation patterns, which provided additional functions wrist extension, forearm pronation/supination, and elbow extension); it also internalized the control source, allowing the user to control operation based on myoelectric feedback in the same arm.  The third generation system, Networked Neuroprosthesis (NNP), now has no external components and has a modular design; this allows the distribution of stimulators and electrodes throughout the body, enabling multiple functions to be restored. 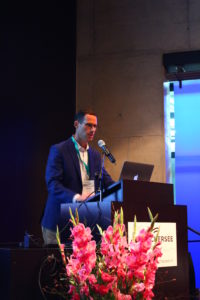 In the Innovations and Technology session Kyle Chepla spoke about nerve transfers, which have been around for a long time but have only recently become utilized as an option for cervical SCI.  The underlying principle is to utilize a donor nerve from an innervated but less critical muscle to enhance function in a recipient nerve and muscle that are paralyzed and more critical.  The earlier after injury you do the nerve transfer, the better likelihood of success.  The caveat, however, is that rehabilitation is needed for 1-2 years after the transfer and recovery takes at least 6 months to appear with gradual progression over several years.  Since there is a certain amount of uncertainty about the degree of function that will result from the nerve transfer, Kyle spoke about the importance of selecting nerve transfers that will not burn bridges for additional future interventions involving functional electrical stimulation.  Harry Hoyan spoke about the addition of trunk stability being incorporated into the NNP.  Having stability in the trunk is important for cervical SCI for many reasons.  It contributes to better sitting posture of course, but also improves wheelchair propulsion.  Improving trunk stability also enables tasks to be performed with both hands instead of using one hand to perform a task while balancing yourself with the other hand.  Finally, I spoke about hand and trunk functions that can be improved by the NNP with respect to the risk-benefit value from the perspective of people living with cervical SCI.  Results were presented from a survey we conducted asking people with cervical SCI the extent to which they agreed with statements about potential benefits and risks that go along with the NNP.  Participants were significantly interested in interventions to restore arm, hand, and trunk function.  Risk tolerance decreased as the degree of invasiveness increased, with respect to the severity of potential device-related adverse events.  This information is important to collect because it can be used to improve device optimization, trial design, and aid regulatory decisions. 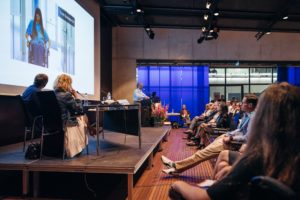 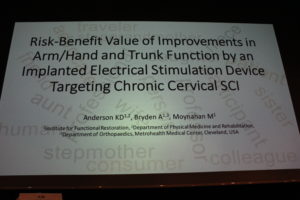 The International Spinal Cord Society annual meeting was held in Sydney Australia in September and I held a workshop entitled ‘Partnering with Regional SCI Consumer Networks’.  People living with SCI are developing consumer networks in multiple regions of the world.  A few examples include Europe, Africa, Asia, Australia, and North America.  These regional SCI consumer networks can become valuable partners with professionals and professional organizations to impact in an even greater manner clinical care, policy development, research endeavors, and knowledge translation.  I presented information about the newly formed North American SCI Consortium and my fellow SCI colleagues presented information on the Australian SCI Alliance, the European SCI Federation, and the Asian SCI Network. 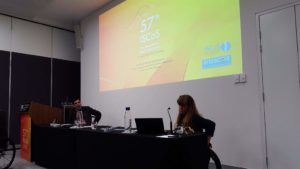 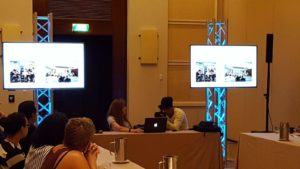 In late September I was invited to speak at the 3rd Caribbean SCI Congress in Curaҫao about ‘Implanted Stimulation Devices for SCI’.  I spoke about multiple implanted neural stimulation devices (neuroprostheses), some that have made it to the market and others that are in very early investigational stages.  One large group of neuroprostheses operate by activating peripheral motor nerves via small amounts of electrical current, which results in contraction of the paralyzed muscles; this is well understood and the safety of long-term stimulation has been established.  Implanted devices have been commercially developed (Freehand, Vocare, Diaphragm Pacing System) or are under investigation (NNP) targeting restoration of function in the hands, arms, trunk, diaphragm, legs, bladder, and bowel.  Another group of neuroprostheses that have been in early phase clinical trials for the last decade are called brain computer interfaces or brain machine interfaces.  These devices involve the implantation of a small array of electrodes on the surface of the brain.  These electrodes record brain signals, which can then be ‘decoded’ and used to operate external devices to produce function, usually for high level cervical injury.  The third type of implanted neuroprostheses involves spinal stimulation.  These involve an electrode being placed over the epidural surface of the spinal cord with the goal of modulating the neural signals.  Spinal stimulation for pain is currently available.  Very early exploratory clinical studies are investigating spinal stimulation for standing and stepping, autonomic control, and the restoration of cough. 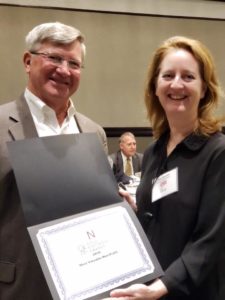 The IFR’s Executive Director, Megan Moynahan, and Founder, Hunter Peckham, both spoke at the 18th Neurotech Leaders Forum, which took place in San Francisco in mid-October.  The Neurotech Leaders Forum is an investment and management conference for neurotechnology entrepreneurs and executives.  Hunter Peckham gave a keynote address about what led to the development of the IFR.  It was a journey about creating the first implanted device in the 1980s, getting it approved in the 1990’s, to the disappointing decision of the company to stop manufacturing in in the early 2000’s.  The new generation device, the NNP, is being shepherded through the system by the IFR to protect it from the difficult to survive for-profit environment.  Megan Moynahan spoke about restoring function for people living with SCI by using neurotechnology.  As a result of their work over the last five years, the IFR received the ‘Best Non-Profit’ award.